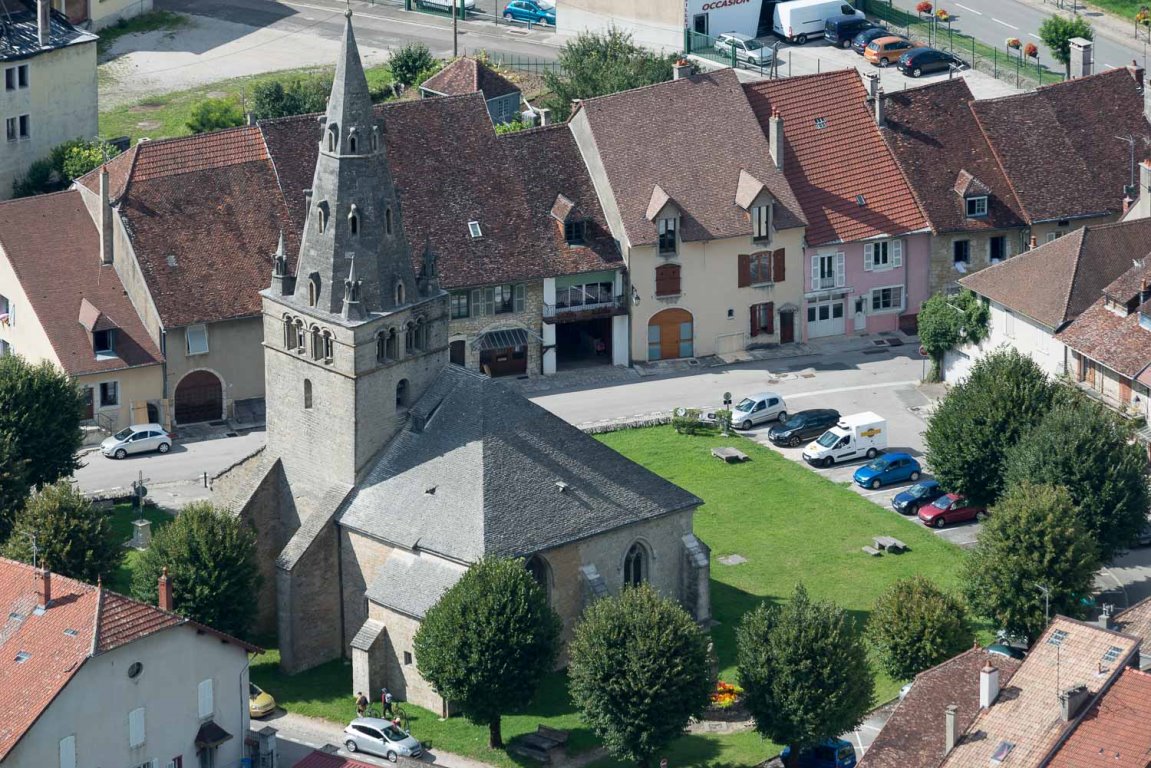 In 1083, Bernard, the Abbot of Baume-les-Messieurs, bought the Count of Burgundy’s rights to half of this church, the other half belonging to the chapter of St Lazare Cathedral in Autun. Baume only acquired sole ownership of the church in 1324.
In the Middle Ages, the church of Notre-Dame in Mouthier-Vieillard lay at the centre of a vast parish. In the 14th century, it included 15 or 16 chapels, some 30 priests and clerics as well as the prior and three monks. The arrival of the Dominican Order and construction in the 15th century of the collegiate church of St Hippolyte in Poligny marked the decline of Mouthier-Vieillard which lost its status as a parish church.

All that remains of the early Romanesque church is the 12th century steeple, transept crossing and two rows of the choir.
The interior contains a remarkable set of 15th-century Burgundian sculptures and an alabaster Renaissance altarpiece from Saint-Lothian.